"blindwerk – neue medien completed the technical redesign of their website for the EGT Group, including numerous customised adaptations and visual effects, in just a few weeks."

Founded more than 120 years ago in the Black Forest, EGT AG with its head office in Triberg is the management company for the EGT Group. EGT positions itself as a full-range supplier of integrated, customised energy solutions, as well as an expert in optimising consumption, decentralised power generation systems and highly complex large-scale electrical engineering projects, and as a high-performance grid company with infrastructure services, street lighting and measurement technology.

Several specialist web partners were involved in preparing and completing the EGT AG website project. In view of the tight time frame, weekly fixed meetings were important so that everyone involved could always produce their best work and there were no delays. Extensive experience in managing all kinds of web projects made blindwerk – neue medien perfect for leading these meetings in addition to the key remit of the website's technical implementation using Typo3. Several developers were engaged to accomplish this within just seven weeks.

The merger of the individual company divisions' previously separate websites resulted in a much more comprehensive website with completely new structures, which had to be implemented accordingly. This includes, for example, integrating large-format image areas and tailoring texts to make it possible for website visitors to quickly and easily access the information they require. This was mapped out by blindwerk – neue medien as well as a number of partly complex customised programming tasks.

For example, blindwerk – neue medien developed the tariff finder for electricity and gas: this guides interested private customers so conveniently that they can find out more about both the different prices and options for using the offers in just a few clicks.

A news module was also implemented to present the news from the company's various divisions. What are crucial for the new website's modern, dynamic design are special visual effects such as swiping, scrolling and hovering, which blindwerk – neue medien also implemented in the programming.

A live chat will also be available in future to address the website visitors directly, which is a decisive factor especially in the highly competitive energy market. Since the specifications went considerably beyond the functions provided by Typo3, blindwerk – neue medien has already reprogrammed the feature extensively for later use.

Thanks to the excellent cooperation of everyone involved under the leadership of blindwerk – neue medien, the project was successfully completed for EGT AG. Today, the company group presents itself with an extremely attractive website that can be easily displayed on all terminal devices. Various additional functions are now to be added in further expansion stages.

The modern design and consistently elegant look of the website implemented by blindwerk – neue medien in responsive design are particularly eye-catching. Website visitors can quickly and easily find out about EGT's wide range of products and services. The transparent presentation of the respective offers for private and business customers has played a major role in this. The clear structure also supports user-friendly navigation and numerous modules simultaneously accentuate the website's technical diversity. As the site has been performance-optimised, the content can be loaded quickly despite the many large images.

EGT employees can easily maintain the new website and add new content, products and promotions, not least because Typo3 was already used on the previous pages. 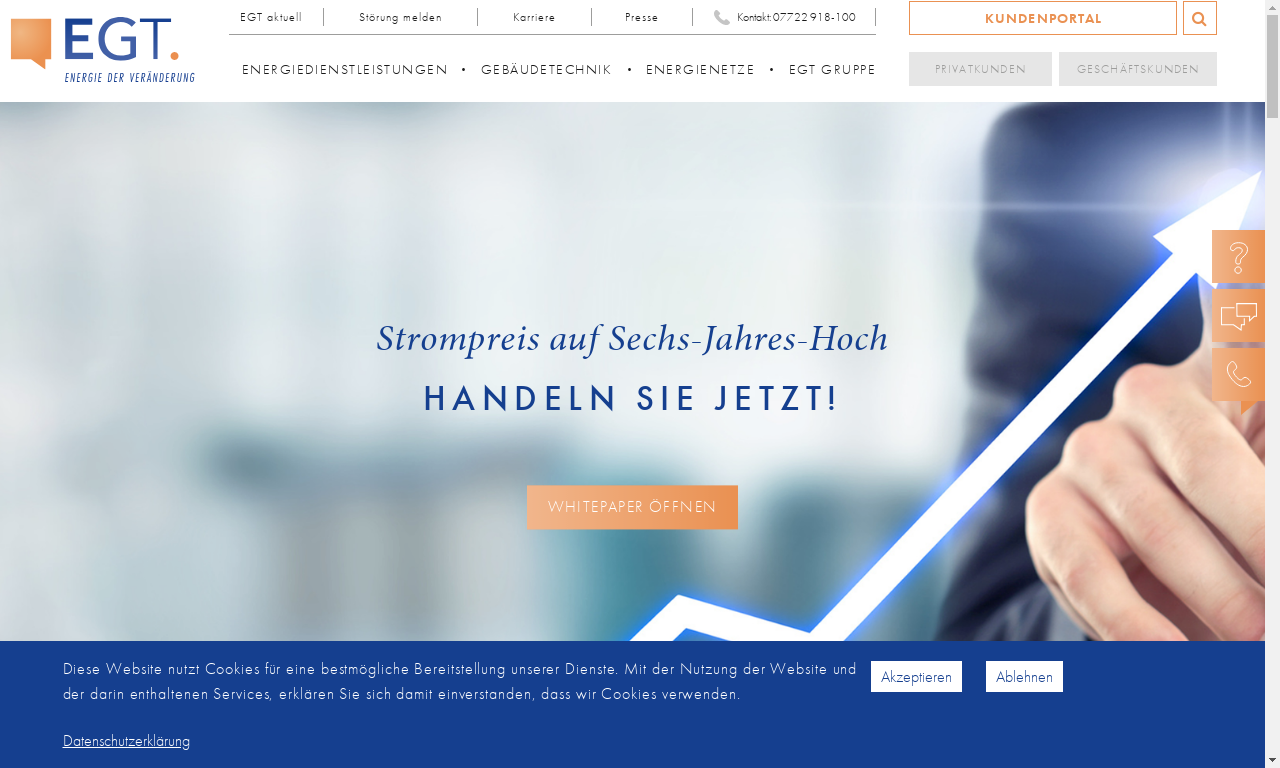 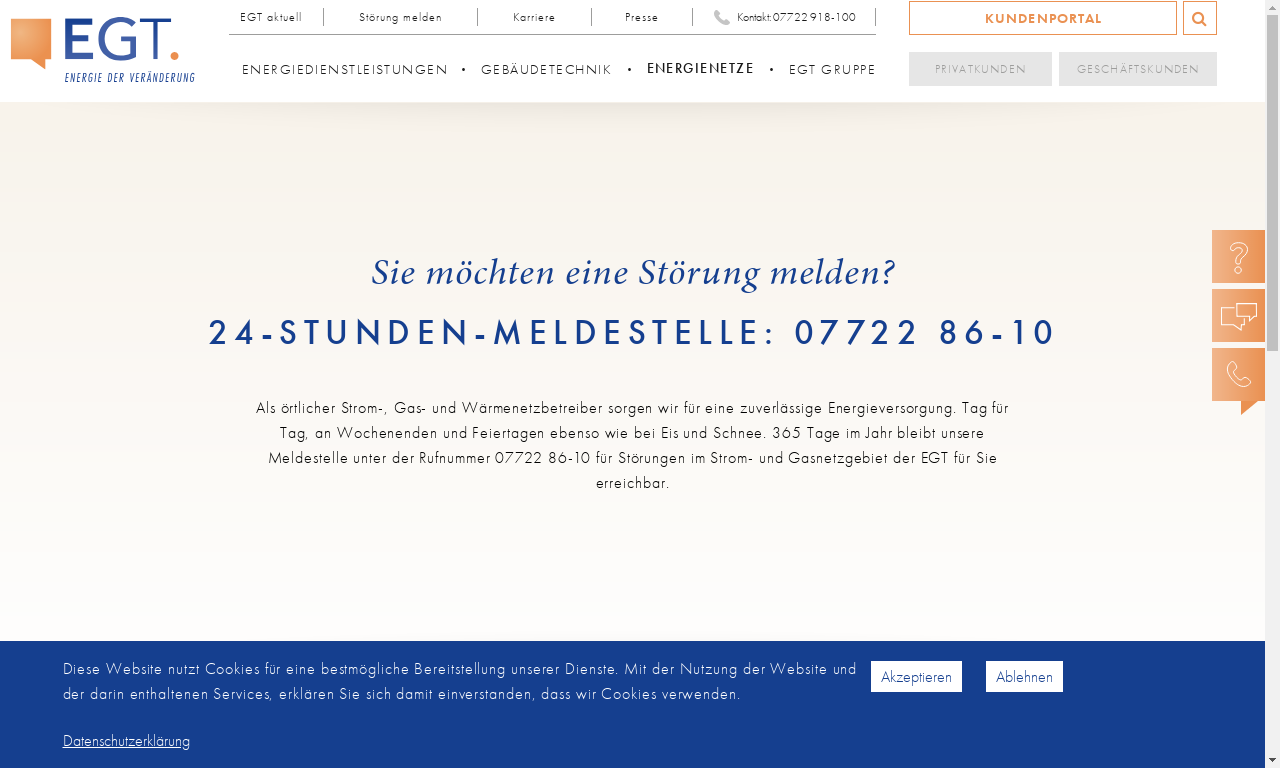 We are digital architects. We plan and manage digital projects. With industry experience in the IoT, the health sector, with associations and in e-commerce, we offer demand-oriented advice and digital project management, including technology competence, for decision-makers, staff and digital leaders. We have been designing the digital world of tomorrow for over 20 years. For digital success, pioneering solutions and services.